Technology and recruitment startup HiUp requested my services back in early 2017 to work on an advertising campaign to launch their recruitment app in the city of Newcastle. This project involved creating a series of billboard adverts promoting different jobs in and around the city using public transport advertising on both the Metro and local bus services as well. The app's main feature is to match skills of the user with jobs currently available. Thanks to this feature we developed the 'Can I be a...' strapline around the idea that all users have a chance at landing their dream position with the relevant skills.

These billboards were then displayed on the Newcastle Metro subway system for a four week period to coincide with PR launch in local news outlets and media. 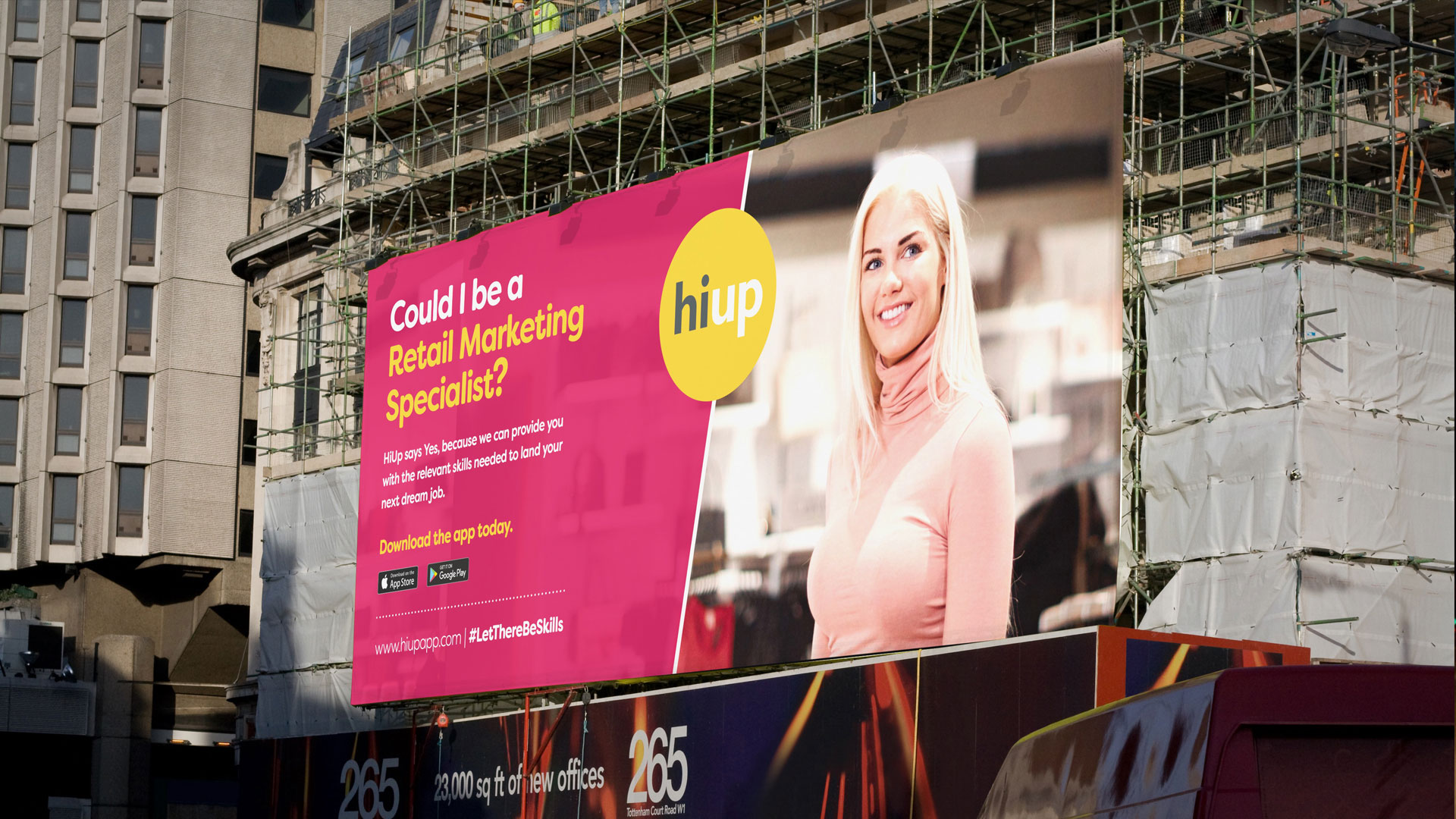 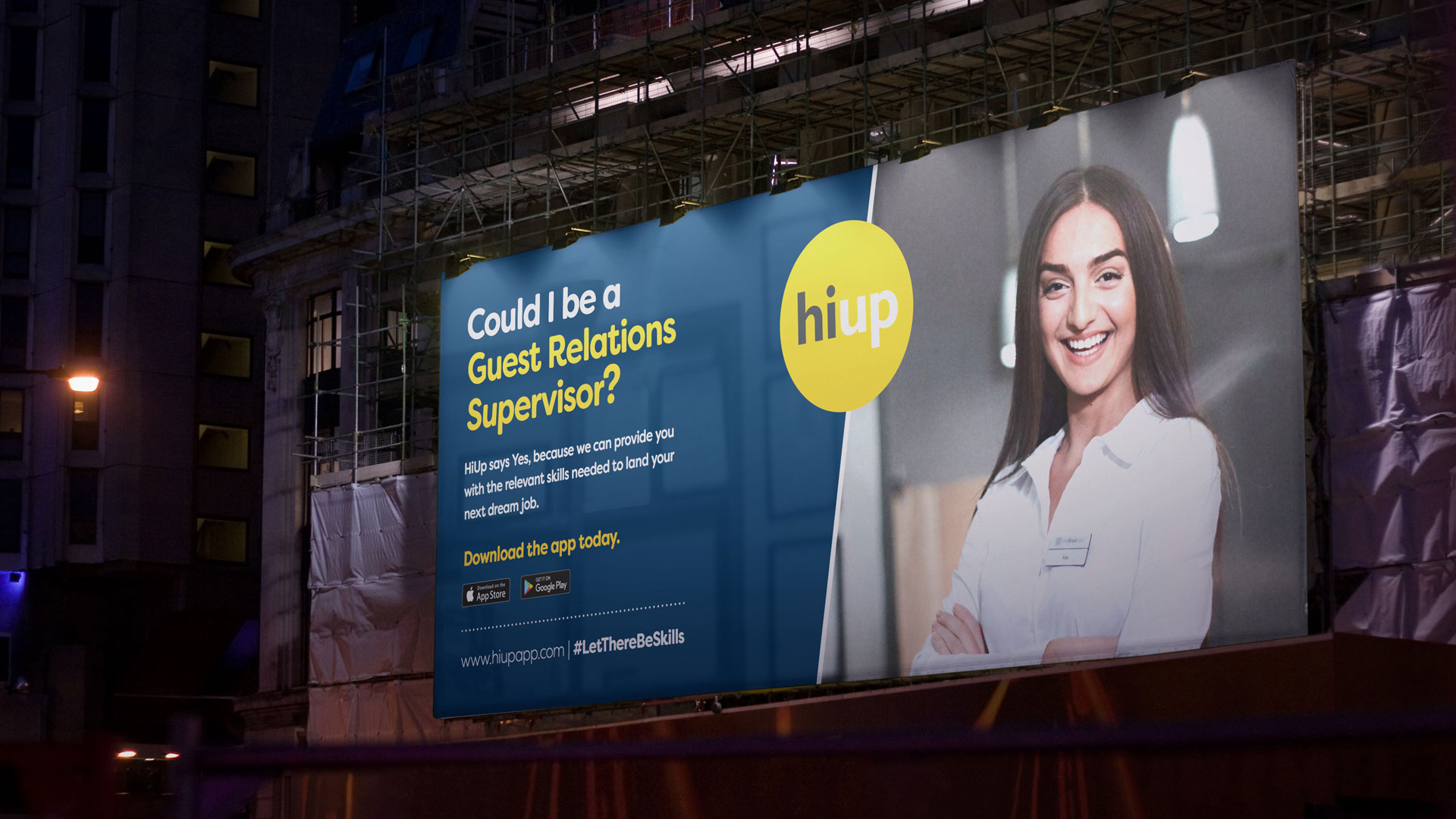 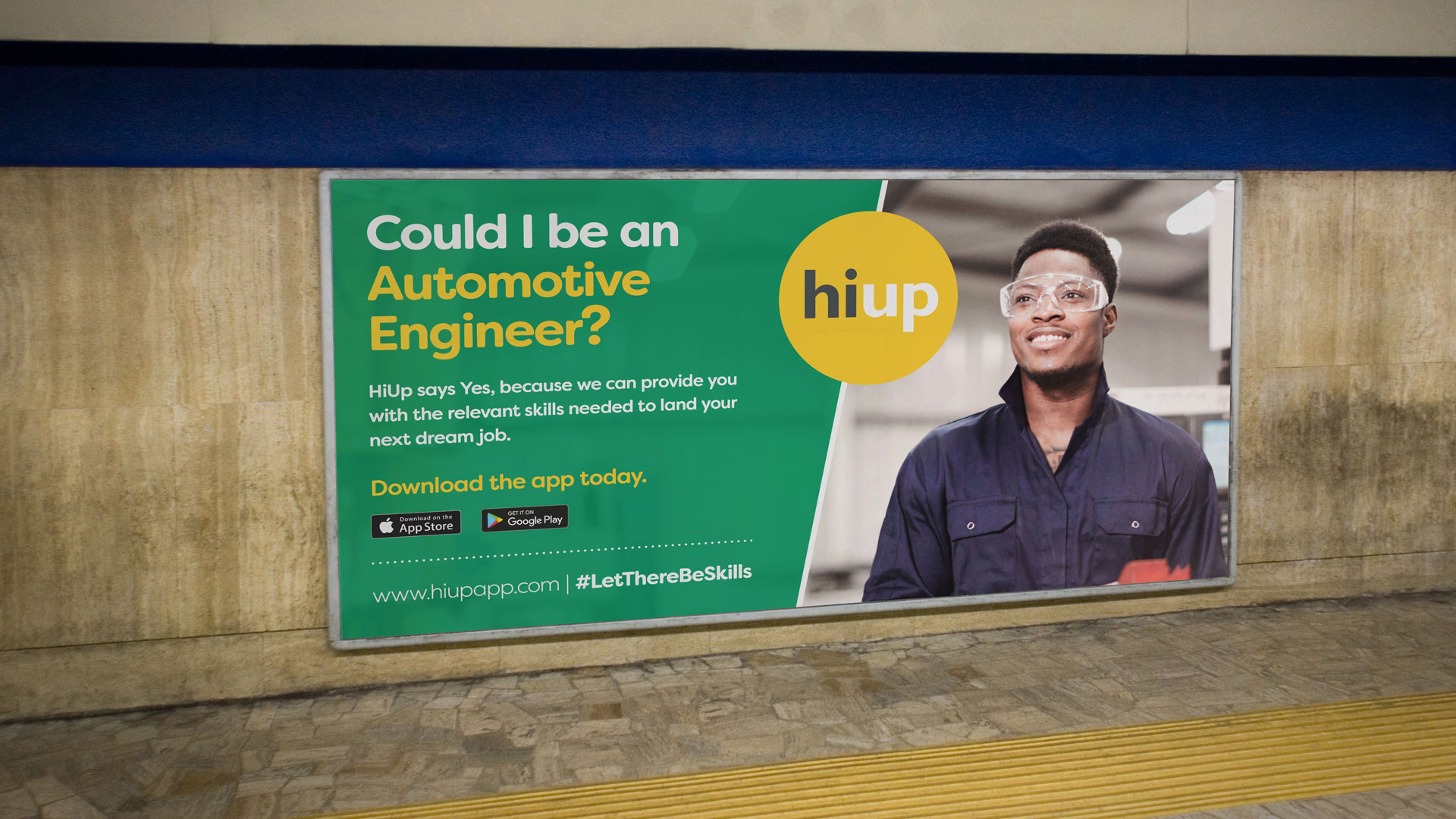